The magic of live theater when you are empathic

There’s something so special about sitting in the dark watching a play come to life. Transporting yourself into the lives of these characters for a few hours. Done well I find it more real than a book or a movie, and I love those mediums for stories.

There’s something about the liveness of the performance, that doesn’t happen all the time. It’s such an energy exchange. If the audience isn’t very into it, the performers feel that and it drags them down, and the whole performance just drags.

I used to work in the tech side of theatre, I wanted to be an actress but I was much too shy and sensitive.

So I ended up doing lights and building sets and stage management. When you work with creative people in intense schedules, like you find in film and theatre, there’s a fairly natural coming togetherness that happens.

You form a little family, just for the duration of the show.

That was always my experience, and the sadness combined with the euphoria of the run of the show being over, was a lot for then me, who didn’t know about my empathic abilities. 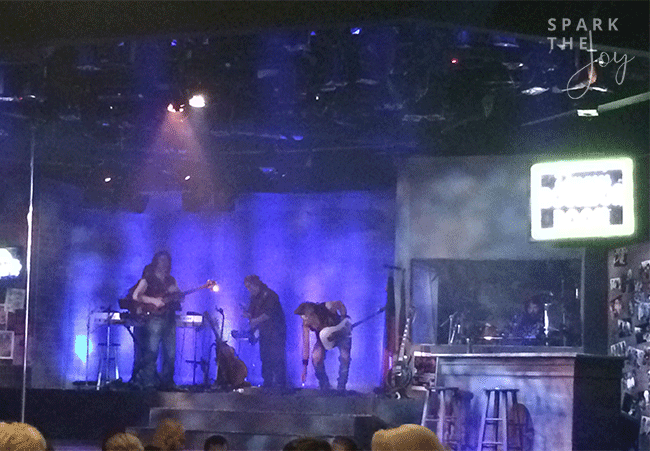 There’s such a magic that happens when everything comes together and the audience enjoys, and the actors build the energy, and all the tech goes as it should. There’s really nothing like it. Even now as an audience member I can feel the magic, though I’m no longer part of the creative team.

There’s such an energy when things are all going right, and now that I understand that I’m empathic it is intoxicating.

To open my senses and feel the energy generated by all this creativity, these people enjoying what they do, and enjoying having it enjoyed by the audience, it’s very magical and feels wonderful.

You can really tell at the end if the audience enjoyed the experience.

I’ve been in audiences where they didn’t enjoy, and the applause is polite and only mildly enthusiastic.

Compare that to when we were taken away and immersed in the magic of the show, and the thunderous clapping and usually a standing ovation. The intensity of the energy, ah it’s just hard to describe.

But for the first time I opened up my protections while watching a great show and I felt deeply. I felt what the show was making me feel (it was Rock of Ages musical), and I felt what the audience was feeling along with me, and then I tasted the energies of the actors who were mostly super enjoying putting on the show.

It was amazing, and empowering. To know that now, I have the ability to choose to feel these emotions or not, instead of feeling like I’m drowning in them. I rode the wave and it was awesome!

When was the last time you went to the theatre and saw a live show? Did you notice your experience of the energies generated by all the people there?

Want to learn how to balance your energy and become aware when you’re energetically picking up things that are not yours? Get the amazing tree mediation. 5 minutes to feeling awesome!